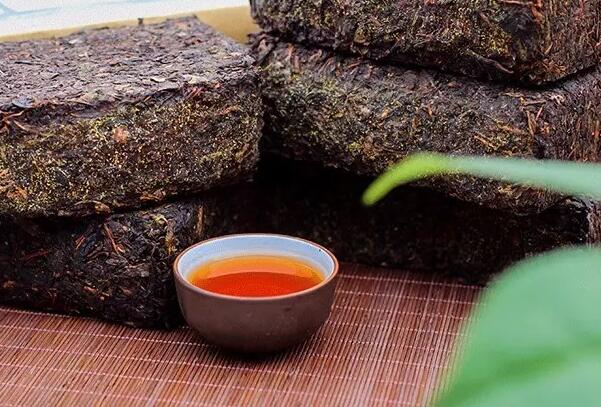 Abstract: Searching high effective and natural medicines for therapy for hyperlipidemia is one of the focuses of research. High-Throughput Screening is a kind of new technique of medicine screening. The water extractions of FUZHUAN Tea were extracted by chloroform, ethyl acetate, 1-butanol separately. The samples were used to test their function of adjusting fat metabolism of FUZHUAN Tea by the models of PPARα, PPARγ, PPARδ, LXR, FXR and 3T3-L1 of High-Throughput Screening. The results showed that FUZHUAN Tea could activate PPARγ, PPARδ and restrain FXR. Its effect to PPRAα and 3T3-L1 was not obvious. FUZHUAN Tea was effective in therapy for hyperlipidemia. The active components need to be separated later.

Explanation of results: The known scientific laboratory models for demonstrating changes in lipid metabolism, PPARγ, PPARδ and FXR, showed that the extractions from Fuzhuan tea  could activate PPARγ and PPARδ and restrain FXR. These models have been proven to indicate if an extraction can have lipid lowering effects. Fu Brick Tea has lipid lowering effects. This means Fu Brick Tea is good for obtaining healthy cholesterol levels.

Abstract: The experiment of three different doses of instant Fu Brick Tea (0.085 g/kg·bw, 0.170 g/kg·bw and 0.510 g/kg·bw) fed the Wistar rats for 30 days were conducted. The results showed that Fu Brick Tea had the effect of decreasing the body weight, TC, TG and increasing the HDL-C. The Fu Brick Tea beverage was processed by the method of extracting the tea for 1 hour with the ratio of 1:1000 of tea to water. The beverage was drunk by volunteers with the dose of 1 000 ml/day for 34 days, the content of TC and TG in drinker decreased significantly, the content of LDL-C also decreased, and the content of HDL-C increased significantly. All the drinkers felt fine, and their results of blood routine tests, blood sugar indexes and liver and kidney functions were normal. The beverage was stable for 90 days storage with all indexes in accordance with the National Hygeian Standard. All results suggested Fu Brick Tea showed beneficial effect on the regulation of blood lipid.

Explanation of results: This is one of the most important studies to date as there is proof that Fuzhuan brick tea  lowered Total Cholesterol (TC), Triglycerides (TG), LDL Cholesterol (LDL-C) and raised HDL Cholesterol (HDL-C) in humans drinking one liter of Fu Brick Tea a day and when fed to Wistar mice in the laboratory. The mice also saw a decrease in body weight (weight loss) implying that Fu Brick Tea can be used for weight loss, as well as healthy cholesterol levels.

Abstract: Stomach cancer and intestinal cancer are the two common diseases of the alimentary canal tumor. HCT-8 and SGC-7901 cell are taken as model to study the activity of Dark Tea to Gastrointestinal Tumor. The results showed that Dark Tea has good inhibitory action to gastrointestinal tumor cell growth. Dark tea contained two active inhibitors for Gastrointestinal Tumor, and the inhibitor for SGC-7901 cell has low polar than the inhibitor for HCT-8. The inhibiting active of Dark Tea to the two cell models maybe comes from manifold physiological activators, and maybe the low polar substances have stronger power.

Abstract: The animal models were established that different-induced cathartics were fed to different groups of mice respectively to cause diarrhea and mice small intestinal motility. Fuzhuan tea extract was fed to all of the diarrhea mice. The effect of Fuzhuan tea extract on secretion diarrhea, non-infected exudative diarrhea, permeability diarrhea and diarrhea caused by small intestine motility function disorder was investigated. The results showed that Fuzhuan tea extract could reduce the diarrhea index and watery defecate rate caused by senna, castor oil, bitter salt. It could restrain the movement of gastrointestinal tract of the normal mice and the mice whose small intestine motility function disordered. The relationship between the function and the dose was positive.

Explanation of results: Fu Brick Tea extract was shown in mice to be an effective treatment for several types of secretory diarrhea. This may indicate that Fu Brick Tea can treat certain causes for diarrhea.